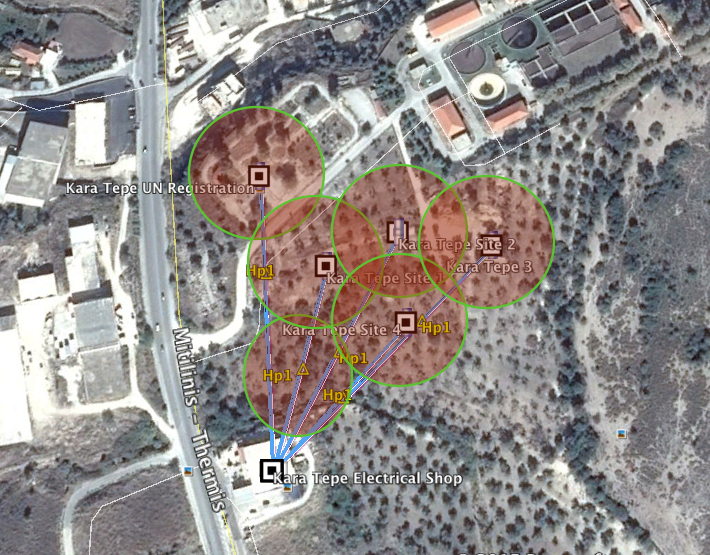 To say that a lot has happened since we kicked of this deployment would be an understatement. Following is our latest sitrep.

Remember: if you want to support our work you can make an online donation by clicking this link.

Lesbos is currently the main influx point for refugees coming from the Middle East and seeking asylum in Europe. The small island is only 8 kilometers from Turkey and has seen over 250,000 refugees arrive in the last few months.

The majority of refugees only stay on the island long enough to register and be issued with a temporary visa. This normally takes between 3-5 days after which they travel onwards to Athens and north into Europe. At any give moment there are between 5 and 9,0000 refugees on the small island. Most are housed either in the two, hastily erected, main camps or in the half-dozen or so smaller temporary camps. The relief effort is being run by a dozen or so large and small NGO’s but infrastructure and available services are utterly insufficient.

Disaster Tech Lab deployed an advance team on September 17th to assess the various needs and to initiate a relief effort. The team was made up of a mix of IT/comms engineers an. These engineers set to work finding suitable locations to provide Internet access. After meeting with representatives from the UNHCR we were asked to provide WiFi internet access to both refugee camps, which were being built at that time. This would require building an infrastructure being able to handle thousand of users in a location with no infrastructure. We agreed to do this and designed the network from scratch. This included designing and sourcing lampposts to mount the equipment on, solar panels and batteries to power it (there was no mains power). A 50 Mbps vDSL service was ordered to be installed at Kara Tepe camp. As there was no option for a reliable backhaul service at Moria camp we had no other option but to design and build a point-to-point radio link over 15 kilometers (with a relay mounted on water tower halfway). 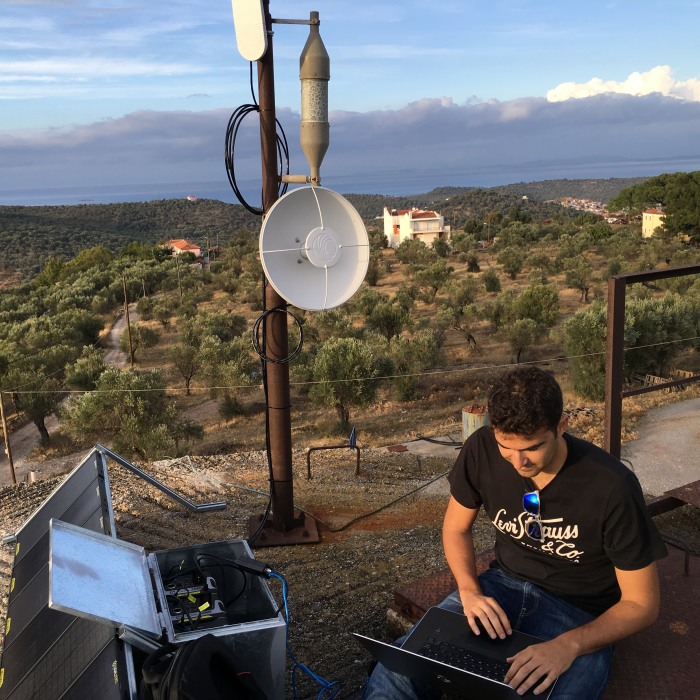 The local police department who runs the registration center at Moria was also in need of a reliable link to their HQ in Mytilini and has asked us to provide this. To achieve this we needed to build another point-to-point link via another mountaintop. 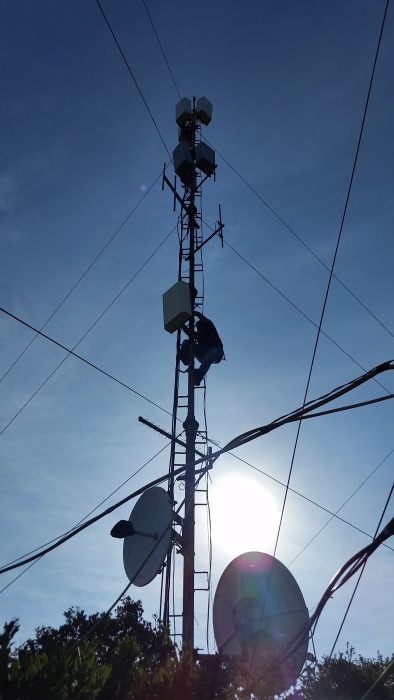 In addition to these large projects there are also a number of smaller aid locations on the northern end of the island near to the locations where the refugees are arriving. Most of these have no communication services or even electricity. We are working to provide internet access as well as solar power and lights in these locations. Disaster Tech Lab has become the lead ICT NGO on the island providing services to the UNHCR, Mercy Corps, IRC, MSF and a whole range of other NGO’s working on Lesbos. 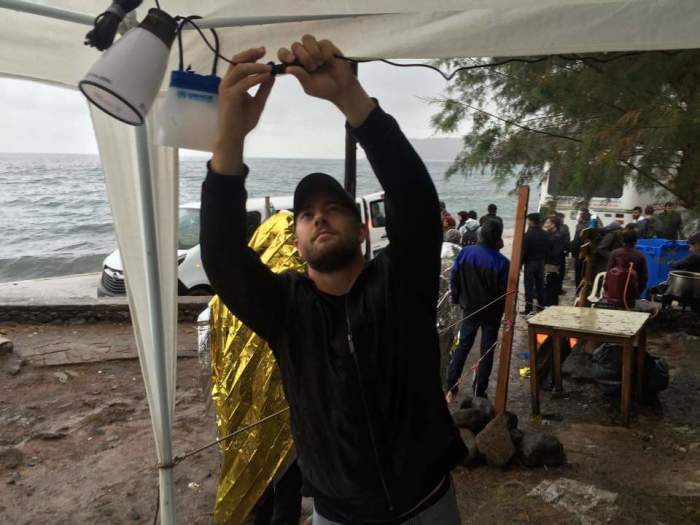 Goal Zero batteries and lights being installed at Skala.

Out tech team has also deployed a number of satellite phones on the island which have been used at the landing points to allow refugees to contact their friends or family back home to let them know that they have arrived. It’s a simple but very much service that has proven to be extremely popular.

With the large number of informal & grassroots organization working on the island as well as all the individual volunteers there is an urgent lack of coordination. To call the relief effort “organized chaos” is an understatement. To address this problem Disaster Tech Lab is deploying a team of experienced Incident Command & Coordination specialists who will assist in improving situational awareness, cross-organizational communication, overall coordination and resource sharing. This will be achieved by providing an on- and off-line component. Our aim is not to tell organizations what to do but instead help them work better and more efficiently. 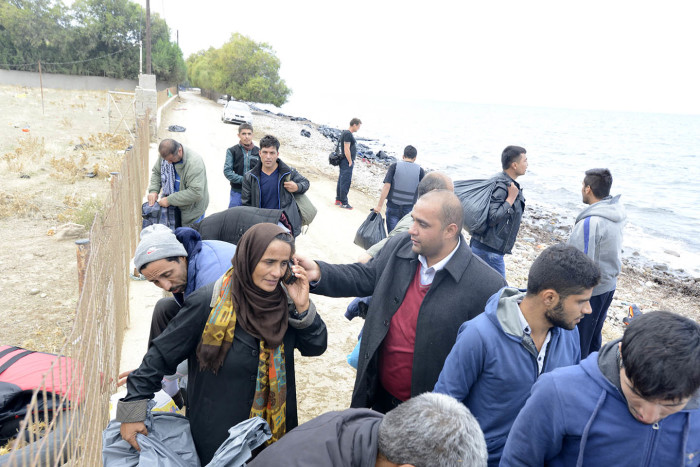